About this Past Event

AGC IN PERSON POP UP EVENT

Motivation - Watch a dynamic motivational speaker sharing their Ted Talks style presentation designed to leave you inspired with an educational take away.

Your Safety Your safety is our biggest concern. We will be practicing social distancing, face covers when standing, and hand sanitizer stations will be provided. 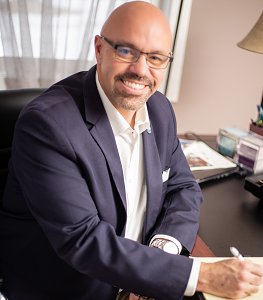 The Magic of Networking BOOK LAUNCH

Travis Sims Launches his Much Anticipated 2nd Book "The Magic of Networking!"

In this book Travis Sims, the Magician of Networking will teach you the The Magic of Networking. Travis gives you a peak behind the curtain and shares some of his biggest networking secrets that only the elite have discovered. You will learn how to effectively build relationships, gain trust, develop referrals and close more business while being authentically yourself.

By using the principles taught within this book networking done effectively, efficiently, and excellently will propel your business and career to the next level.

The Book The Magic of Networking is indeed a masterpiece for all professionals, Business Owners, and rising stars regardless of your field of influence, is a must read.

Learning Objectives: Speaker Bio:
Travis Sims is a Business Coach, Networking Expert, Motivational Speaker, and Thought Leader committed to helping you become a better person, leader, and networker. Travis is a powerful Keynote Speaker engaging audience as large as 3,000 people from all over the world in 49 different countries.

For 14 years Travis was a high-level executive for a global business networking organization breaking records of achievement nationally and internationally. Travis is known worldwide as the Magician of Networking. He has been teaching & coaching the best business leadership minds across the country how to do networking, build networks, and create community.

Travis is the CEO of AGC Accelerated Global Connections the fastest growing business networking organization in the country. He is on a mission to help accelerate local business connections in social settings around the world that foster relationships resulting in global opportunities.

Travis is an Amazon #1 Best Selling Author with his book "Networking In The New Normal." Featured on ABC, CBS, FOX, NBC. Teaching business professionals how to grow & thrive during and beyond Covid-19.

Seven years ago, Travis set a goal to lose 100 pounds in one year. He not only accomplished this goal, but he has kept the weight off. Travis has completed some of the toughest competitive Mud Obstacle Courses on the planet, running in the following races: Warrior Dash, Rugged Maniac, Spartan, Battle Frog and the Tough Mudder. Travis enjoys Kickboxing and Martial Arts. He recently earned his blue belt in Kempo Karate.

Travis believes his success can be attributed to setting goals reviewing them regularly and a strong desire to accomplish them.


Would you like to be a Speaker at a Future Event?