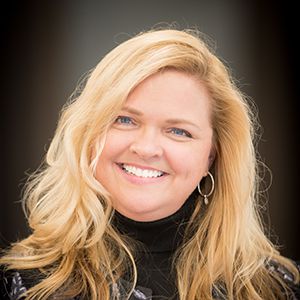 Amy Theisen is CEO of Infinity Life Design, a Chinese Metaphysics Consulting company focused on unlocking the hidden talents and passion in her clients using ancient science combined with modern-day technology. She is an expert in Feng Shui, Destiny, and Energetically Strategic Date Selection and consults for business owners, companies, and families across the United States. Amy is passionate about illuminating the life path and igniting a positive attitude in those she encounters. Her burning desire is to help business owners and others recognize their personal greatness and act on their passions to create positive economic and social impact in their families, communities, and the world.

As a graduate of the University of Minnesota with a degree in Microbiology and a minor in Communications, Amy uses her science background to understand patterns and relationships. Her first career was as the Director of Distance Learning at the Bell Museum of Natural History where she had the pleasure of working with Dr. Robert Ballard, the explorer who discovered the wreck of the Titanic. She was also the creator and Executive Producer of Bell LIVE! An international Award-Winning live-broadcast science program aimed at Middle School students. During her tenure with the Bell Museum, she successfully lobbied the State of Minnesota for a $1 million grant to fund these important educational programs for Minnesota students.

When she and her husband Brent moved to Watertown, MN, she gave up her long commute and decided to launch into business for herself. The road to studying Chinese Metaphysics was paved with synchronicity and serendipity. What started as an avocation grew into a vocation as her knowledge grew. Her studies in Chinese Metaphysics has taken her across the United States, Europe and to exotic locations in China, Singapore, and Malaysia. She has built a successful consulting business using networking techniques she refined and later taught as an Area Director with BNI Minnesota/N. Wisconsin, the largest BNI Region in the world.

Amy's 13+ years with BNI Minnesota has been instrumental in her ability to network with strangers and friends alike. She is the author or co-author of several networking workshops and continually coaches others on how to effectively communicate their ideal client and how to pass referrals.

Amy is married and has 3 grown children. She enjoys the outdoors, animals, Super Hero movies, vacations, and good wine and once in a while, a bad wine. Her motto is an Attitude of I Can is much more important than IQ.