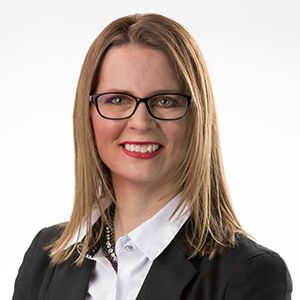 Becky Speed has been an Insurance Agent with Farmers Insurance since 2011. At that time, she started with 29 New Agents, and was 1 of 2 females. Nearly 7 years later, Becky is the sole female, and she is now 1 of 3 remaining out of her original class of Agents. As a Licensed Agent in both MN and WI, Becky focuses her Agency growth in the East Metro and Western WI.

Becky graduated with a Bachelors of Science in Business Management from the University of WI- River Falls. She also attended The College of Saint Catherine to further her degree.

Before her career path as an Insurance Agent, Becky was a Family Child Care Provider, and was named the FIRST Family-Based provider to obtain a 4-Star Parent Aware Rating. She was also part of the grassroots Child Care Union and was a Liaison between Providers and Ramsey County.

As an Agent with Farmers, Becky has been the recipient of the coveted Blue Vase Award for exceeding Life Insurance standards. She also aided a local teacher to earn a $2500 grant through the Thank America's Teachers program with Farmers. Both as her role and an Agent as well as a Mom, Becky is very active in her children's schools. As an Agent, she donates supplies monthly to ensure the Educators have the tools needed in their classrooms. As a Parent, Becky has served on the Castle Elementary PTO as Treasurer the past 3 years. She has also been the Carnival Chair the past 3 years, and next year will step into the role of President.

Becky's burning desire is to build an Agency where her children can operate the business once they are older....oh and take them an African Safari!!