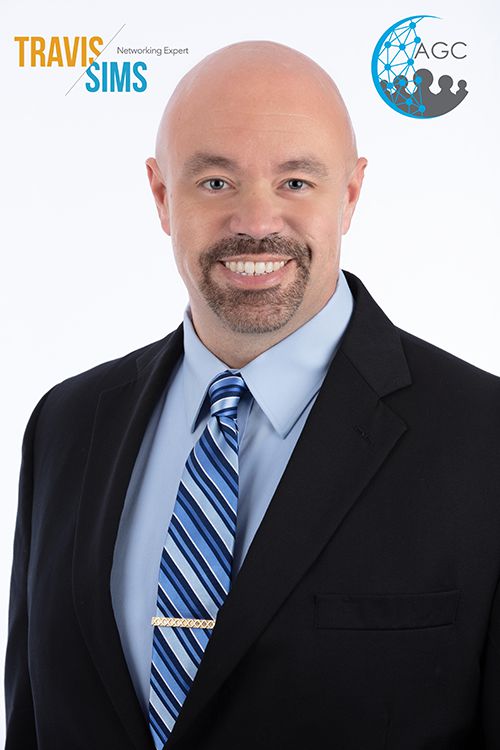 Travis Sims is a Networking Expert, Motivational Speaker, and Thought Leader committed to helping you become a better person, leader, and networker. Travis is a powerful keynote speaker engaging audiences as large as 3,000 people from all over the world in 49 different countries.

Travis began his business story when he started mowing neighbors' yards, putting up hay, and de-tasseling corn at the age of 12. He opened a successful pressure washing company in his early 20's that he later sold and it is still in operation today.

Travis then spent 10 years of his life as a professional magician. His magic act performed at such elite places as Holiday World, Belterra Casino, The Belle of Louisville, French Lick Resort and Casino, and Headlined at fairs and festivals across the mid-west. He even performed for a taping of the Oprah Winfrey Show.

While running his own business Travis found BNI. He had 11 years of his professional career working with and running BNI Central Indiana as the Executive Director, over one of the top BNI Franchises worldwide. He later moved to Minneapolis to help manage the largest BNI Region in the world with over 150 BNI Chapters and over 3000 members. Travis expanded BNI Minnesota by opening 15 additional chapters and increasing membership by 400 members in just a few years.

His pedigree includes being elected to the International Founder's Circle, induction into the Hall of Fame for being #1 in World Wide in Traffic Lights, and a member of the BNI Mastery Circle for industry leaders with franchises over 1000 members. Travis has been a Nine-time keynote speaker for BNI National and International Conferences and coached regions across the world. Often referred to as the Magician of Networking!

After spending his entire professional career networking and teaching network marketing Travis saw a huge hole in the open networking community and wanted to make a bigger impact on the world. Accelerated Global Networking was born. As Founder and CEO of Accelerated Global Connections Travis's mission is to accelerate local business connections in social settings around the world that foster relationships resulting in global opportunities.

He regularly volunteers to give back to the community by working with the March of Dimes, Relay for Life, Secret Families, and the Boys & Girls Club.

Five years ago, Travis set a goal to lose 100 pounds in one year. He not only accomplished this goal, but he has kept the weight off. Travis has completed some of the toughest competitive Mud Obstacle Courses on the planet, running in the following races: Warrior Dash, Rugged Maniac, Spartan, Battle Frog and the Tough Mudder. Travis enjoys Kickboxing and Martial Arts. He recently earned his purple belt in Kenpo Karate.

Travis believes his success can be attributed to setting goals reviewing them regularly and a strong desire to accomplish them.